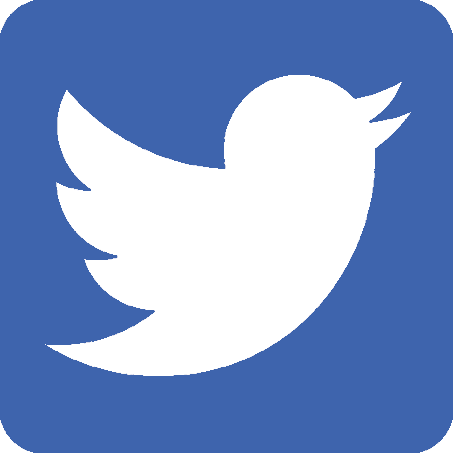 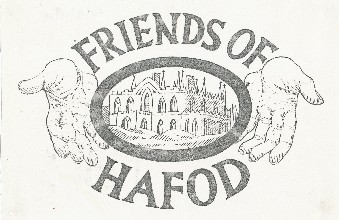 The Hafod Uchtryd estate, situated about 12 miles south-east of Aberystwyth, is a Grade 1 listed historic landscape, with much of it designated a Site of Special Scientific Interest (SSSI). 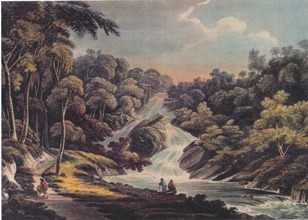 Originally part of the Strata Florida monastery holdings, the estate has had many owners, including its most famous, Thomas Johnes (1749-1816). 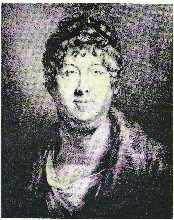 Johnes was a key figure in the Picturesque movement which evolved in Britain in the late 18th century with its aesthetic approach to the qualities of nature. Developing the natural potential of the estate, Johnes planted millions of trees and constructed walks which led to natural features including waterfalls, crags and dramatic viewpoints.

The resulting Picturesque paradise attracted a great many visitors, including leading figures representative of contemporary attitudes to Science, Agriculture, the Arts, and the intellect.

Travellers continued to include Hafod on their itinerary of essential sites to experience 'wild Nature' throughout the 19th and 20th centuries, many of them recording their experiences in journals or as inspiration for works of art. 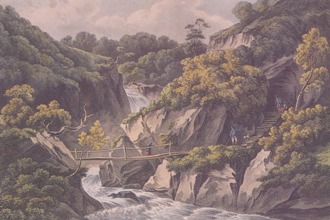 When the estate was sold in 1947 no-one wanted to buy the house and it deteriorated and was finally demolished in 1958. Much of the adjoining land was used for afforestation. The estate has been owned by the Forestry Commission since 1952, its landscape remained largely neglected for over thirty years until the 1980s when there were growing concerns among its owners and other interested parties about the deterioration of the remains of the man-made elements, particularly those Picturesque elements developed by Thomas Johnes. 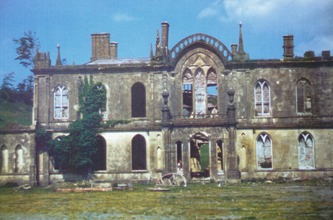 In July 1986, Friends of Hafod was set up as a voluntary organisation with the following aims: 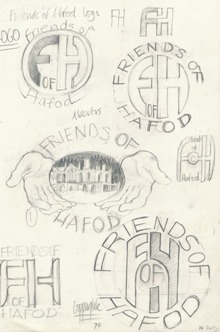 â¢ To promote the protection of, preservation and, where practicable, restoration of that which remains of the estate of Hafod Uchtryd, Ceredigion, as it was laid out by Col. Thomas Johnes, and as developed by subsequent owners and occupiers.
â¢ To promote interest in the history, geography and natural history of the estate.
â¢ To promote educational research at all levels.
â¢ To work with any organisation or individual having similar aims to the society.


Initially members met monthly in the Miners Arms, Pontrhydygroes where guest speakers regularly addressed topics related to Hafod, its owners, landscape and garden history. Informed discussions which reflected concerns about developments at Hafod were recorded in the meetings' minutes. Regular newsletters included fascinating, well-researched articles, and bulletins were published which gave up-to-date information on events at Hafod and on recent additions to the Friends ever-increasing archive, a resource which reflected the range of research carried out by the growing membership. The Forestry Commission was involved with the Friends from the beginning and the Friends of Hafod archive was consulted when research was required for management of the estate and various restoration projects. The Friends lived up to their name and were vigorous defenders of Hafod in their role as members of the various committees formed to advise and regulate developments in the 1990s, and as guardians and recorders on the ground. 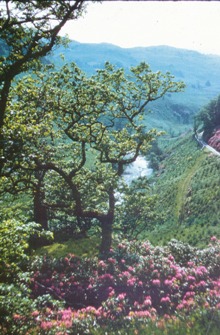 The Friends of Hafod collection now brings together more than 2,500 separate items, including books, articles, copies of works of art, photographs (both early and recent), maps, press cuttings and taped interviews, many of which reflect Hafod's great importance in the history of Picturesque landscape and aesthetics and its importance as a centre at which innovative ideas on forestry, farming, estate management and tourism were developed. The collection also includes a comprehensive collection of material relating to garden history, local history, individual artists, and accounts of visitors to the estate from the 1700s to the recent past.

The collection was used by local schools in the 1990s and was described by the then department head at Ysgol Uwchradd Tregaron (Tregaron Secondary School) as 'an excellent and truly invaluable aid in gathering information for coursework â Hafod is an excellent source of inspiration for classwork; it is extremely rich in cultural, historical and aesthetic stimuli' 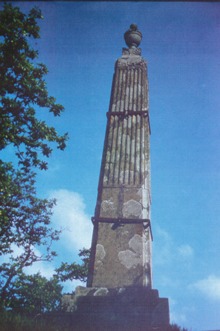 It is the most extensive and comprehensive Hafod research resource in existence and has assisted many research projects at all levels from primary school activities to doctoral research. It has also provided essential visual and written historical research material for many practical projects such as the rebuilding of the gateways of the Adam and Eve garden at Hafod and other conservation and restoration projects including the Bedford Monument restoration and the restoration of a number of the circuit walks. The listing and scheduling of various artifacts and buildings on the Hafod estate, including the Hafod Kitchen Gardens, were also advised by the work of the Friends using material from their archive.

These projects were photographed by members of the Friends at different stages of completion as part of their role as guardians. The resulting photo-record provides unique documentation of the gradual restoration of the historical estate. 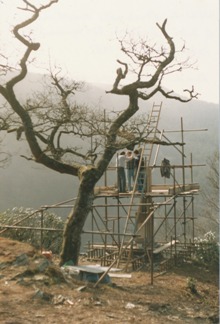 The Hafod estate continues to be a site of great importance in the conservation of species and habitats; its management by Forest Enterprise makes provision for the protection of flora and fauna, and surveys in the archive (in some cases initiated and carried out by Friends of Hafod) provide information about the estate's trees, lower plants, bats, fungi, butterflies and birds.

For over 15 years, Friends of Hafod made a major contribution to promoting research, education and conservation and to raising awareness of the Hafod estate. In the interest of furthering these aims, they have generously donated their archive to Ceredigion Archives where it has now been catalogued and repackaged to international archival standards (aided by funding from the Friends of Hafod and by a grant from CyMAL, the Welsh Assembly body with responsibility for Museums, Archives and Libraries). It is now accessible by the public for research use. To access the on-line catalogue, which gives details of all the items in the collection, please click here.
Otherwise researchers are most welcome to visit the office to study the documents themselves. 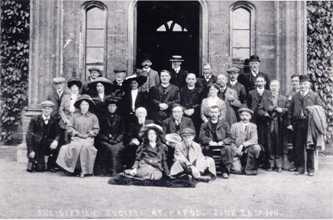 The Hafod Estate Collection, containing original documents relating to the estate and dating from the 18th century onwards, is also housed at Ceredigion Archives. This collection contains much additional information about the estate and its owners. You can find the introduction and links to the catalogue here. 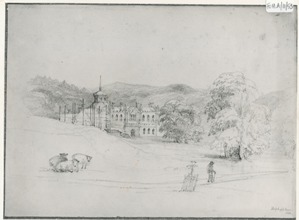